A Most Unusual Wedding Dinner

This is a long procrastinated official thank you post. 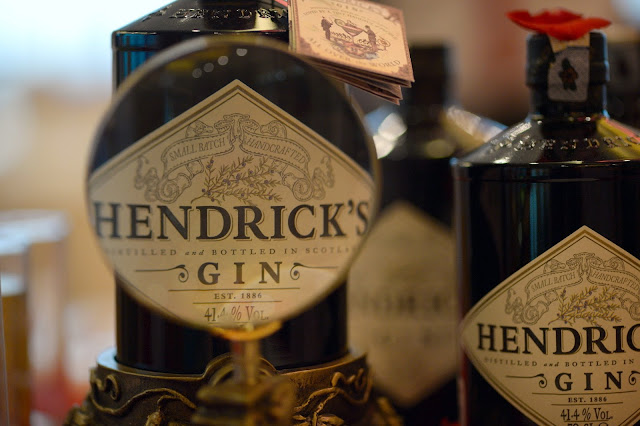 2nd Aug 2017 was officially our 2nd wedding anniversary and not coincidentally also my FA's birthday. How time flies when you are having a great time (no, she didn't put me up to say this, really). 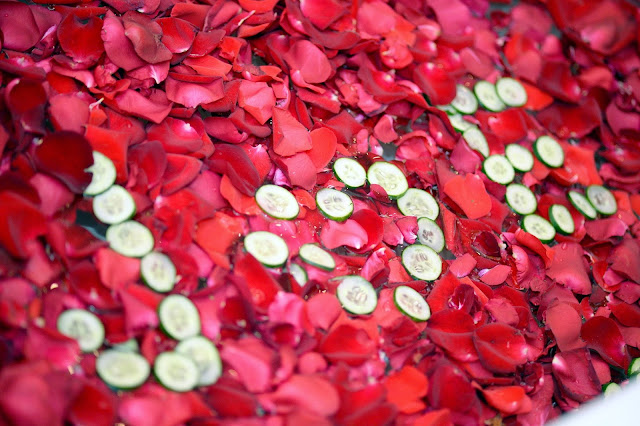 While planning for our wedding dinner we pondered on how we could make the celebration of our love a memorable one for loved ones and friends..... Also, it was a dream of hers to have an open bar  at the wedding dinner.

Hendricks Gin came to our aid with the most Unusual proposal....

In the form of G&T and a bathtub, in the middle of the dining hall. 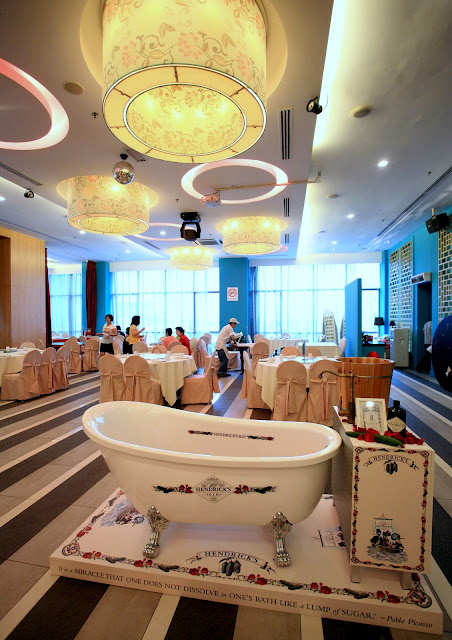 A little fun fact for you: the term first appeared in 1920, in the prohibition-era United States, when it was popular and notorious for poor quality homemade alcohol (alcohol was banned in the country during that period). Gin was the predominant drink in the 1920s (it was cheaper than beer!) and many variations were created by mixing cheap grain alcohol with water, flavouring and other agents, such as juniper berry juice and glycerin. Because the preferred sort of bottle was too tall to be topped off with water from a sink, they were filled from a bathtub tap - hence, the term 'bathtub gin' came about. 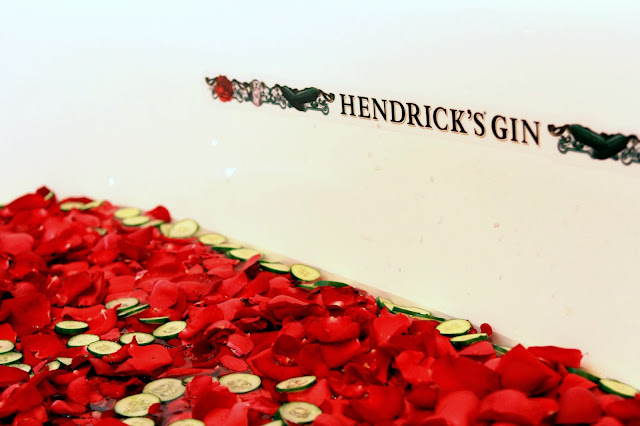 So Hendricks, true to its cheeky & playful DNA, played up this historical affiliation with an actual,  life-sized bathtub filled with rose petals and cucumber.

The bathtub was easily the highlight of our wedding dinner while the Hendrick's’ Gin and Tonic with cucumber and rose petals (a nod to its signature infusions) flowed freely and easily. 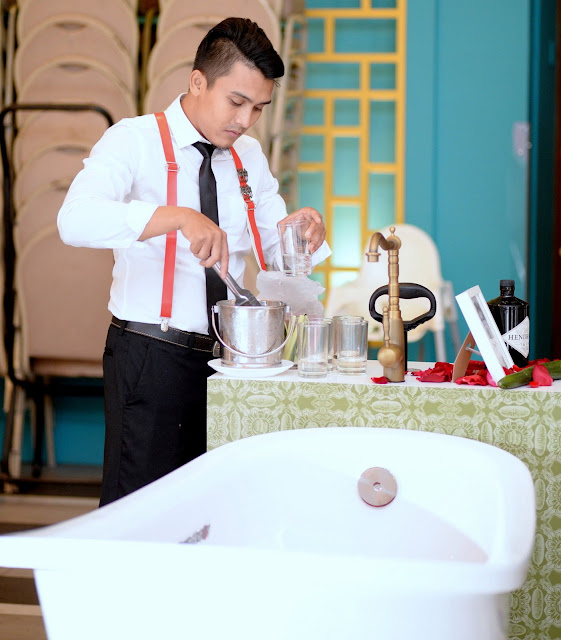 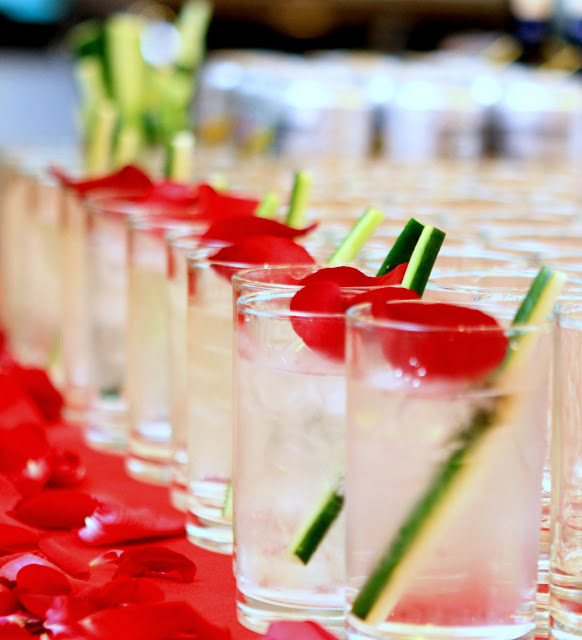 So, thank you once again Hendricks for the most awesometastic arrangement. 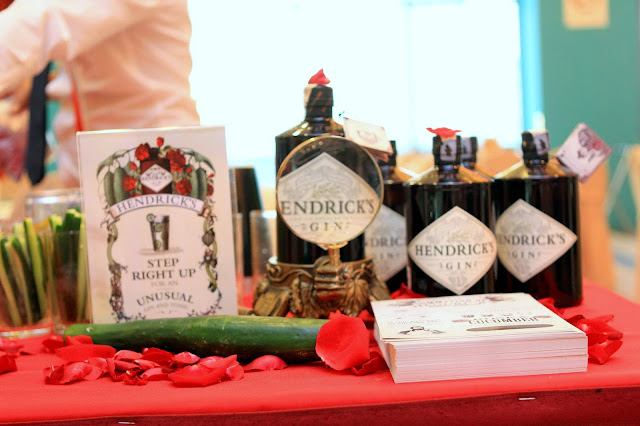