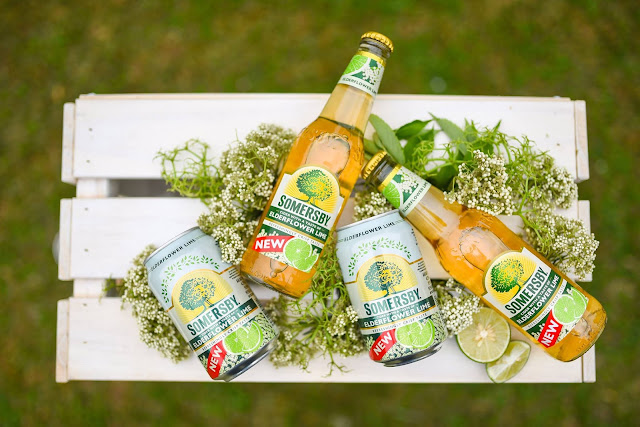 Somersby launched its latest flavour to their line up - the Elderflower Lime.

Weighing in at at a respectable 4.5% abv, the alcohol content for Somersby is not for lightweights. As a comparison, Carlsberg’s Smooth Draught, while tasting light and smooth, tips only a little higher at 4.8%.

But what the heck is an Elderflower and how does it taste? It's a white-coloured flower of the Elderberry tree (found in the US and Europe) that imparts a flowery herbally taste - some have describe it as having a lychee-ish taste.


I personally find the Elderflower Lime served in a tall glass packed with ice very  refreshing and thirst quenching with a slight bubbly tingle on the tongue.

Instead of a dessert wine like a Moscato that may bleed your pocket, the Somersby Elderflower Lime and even the rest of its sister products (Apple cider, Pear cider, Blackberry cider,  Sparkling rose) would be an awesome alternative.

It's available in both bottle (330ml) and can (320ml) at major hypermarkets and supermarkets nationwide. 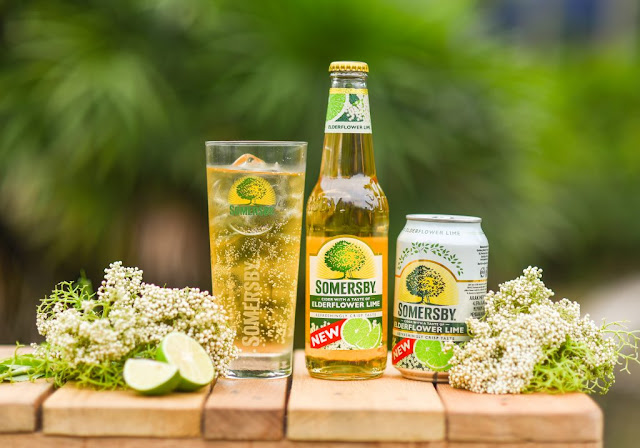 Carlsberg Malaysia's running a few promos in conjunction with the launch of this new variant, check them out:
- the Somersby Kombi mobile bars will be roving around in September to local tourist spots, night markets, supermarkets and hypermarkets around Peninsular Malaysia offering consumers a chance to sample Somersby Apple, Blackberry, Sparkling Rosé and the new Elderflower Lime.
- Get a can of Somersby Elderflower Lime FREE with every purchase of a 4-can or 4-bottle pack at participating hypermarkets, supermarkets and convenient stores from 27 August to 30 September. This deal is also available for the 6-can pack Carlsberg or Carlsberg Smooth Draught.
- Special food promotion at 100 participating F&B outlets from 1 September to 31 October where the Somersby Elderflower Lime will be offered at a discount.
- Also check out Morganfield’s for the mouth-watering Baby Back Ribs promotion perfectly
paired with the Somersby Elderflower Lime.
- Visit www.winetalk.com.my to get the Somersby Mystery Box set worth RM50 comprising all 4 flavours at only RM35! 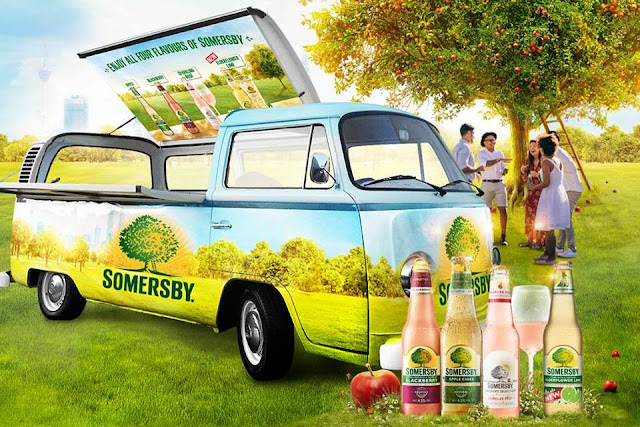 Name me a place in PJ you can go enjoy view the city sights?

Mont Kiara jogging hill doesnt count - that's technically in KL. Gasing Hill? Perhaps, but the view ain’t that spectacular. Also, it's not the safest to be in the day time, let alone at night.

I'll let you in on a soon-to-be-not-a-secret-place: PJ’s Bar & Grill located at the 30th floor of the newly minted New World Hotel that's just behind Paradigm Mall. 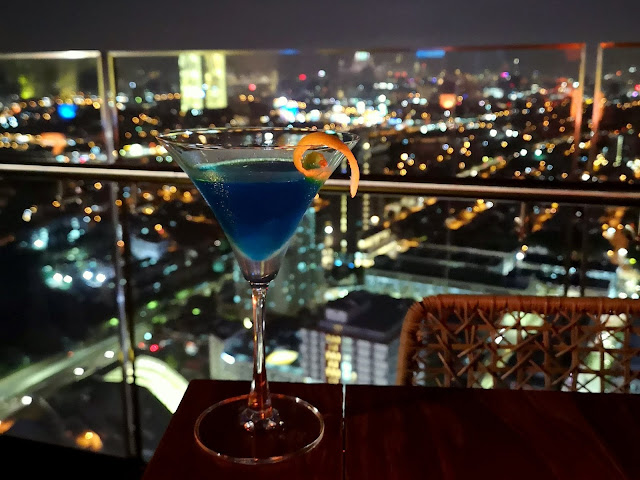 With a viewing deck and the hotel’s infinity pool, PJ’s Bar & Grill is the largest and highest rooftop bar in Petaling Jaya that offers a 360° view of the city.

The bar has Guinness and Tiger on tap, a choice of wines and spirits as well as a few signature cocktails. The food menu covers an extensive array of  tapas-style bites, mains, and the open grill serving up the city’s freshest ‘Catch of the Day, alongside its Western and Eastern grilled selections. The kitchen is led by Executive Chef - Alexander Chong, with over 20 years of culinary experience, specialising in Western and Chinese cuisine. 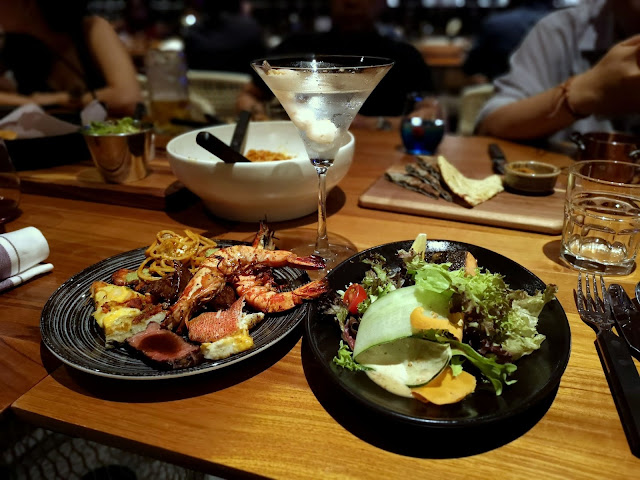 There's even a private Cigar Lounge in the restaurant to puff upon their choice of cigars sourced from Cuba and the Dominican Republic or savour a night cap from PJ’s Bar & Grill’s wine and liquor list.

Make sure FA jio you when she steals away for a pint after work.

Marini’s on 57 - Introducing the new kid in the bar.

If you are standing in the middle of KLCC shopping or perhaps is in the vicinity thereabouts at 5pm and suddenly thought, "Fuck, i need a drink. NOW!" - Where would you go? Or where would you go for a classy date, get him(or her) decently sloshed with nosh?


Don’t look horizontally - look up. One of the best watering holes and acclaimed steakhouse is on the 57th floor of Petronas tower 3.

We we recently hosted to sample Marini’s new cocktail creations by the new head bartender, Ronald (his predecessor, Junior, has moved on to the new W hotel). So, the new sheriff in charge has made a stamp of his brand of drinks onto the menu. We sampled 6 of his new signature cocktails and I must say, Raymond didn't disappoint.

Marini's on 57 sits on a level with one of the best skyline views of KL. Like I said, if you are planning a classy date, I highly recommend it - but either get there early or make a reservation as it gets packed after office hours.