Had the enormous luck to have had the opportunity to sample these 3 Japanese beauties. My thoughts as follows (need to profusely apologise for the lack of quality of these photos. taken from a phone with bad lighting and zero photo skills. Bad blogger, bad blogger!):

1. Kirin Ichiban Beer
This was quietly introduced last year by our friendly neighbourhood brewery, GAB (Guiness Anchor Berhad) and I believe the brand was re-launched this year in April 2014.

Kirin Ichiban, simply translated means Kirin No. 1. This basically means that when the beer is brewed, only the FIRST (hence, No.1!) extraction of the product is bottled - which is usually the least unadulterated. You can read about brewing beer here, should you like to geek out a little bit more.

This is the first time I've had a taste of Kirin. I've had experience with Sapporo and Asahi before (which I both enjoy) but Kirin, while less crisp & refreshing (than the Asahi, for the sake of comparing) is smooth, satisfying, full-bodied and less dry.

This beer is love at first taste. If you've never really had a fondness for lager (specifically this in the style of American Pale Ale Lager) before, you might change your mind with this.

The biggest drawback for me (be forewarned) is the price of this bottle at the outlet. The pub I visited charged me a really painful RM20++ per 330ml bottle. I'm pretty sure you're able to get at your local hypermarket for much less.

I believe we only get the bottles and cans for now, and at 5.0% ABV, I believe it is available at your local stores and favourite drinking places. :)

Found out more on kirinichiban.com.my 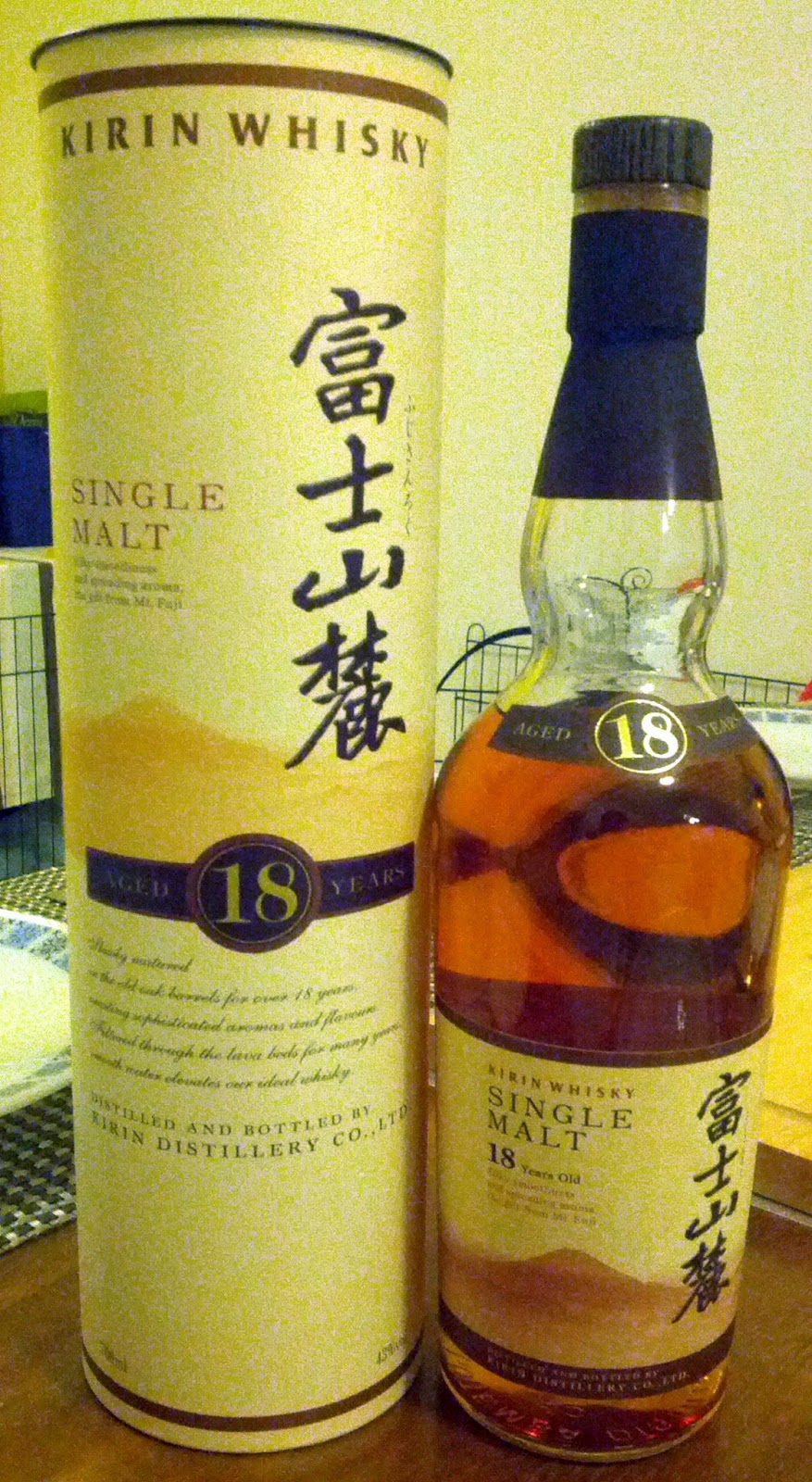 Let's manage expectations here, you canNOT purchase this in Malaysia. It is also highly unlikely for you to buy it from any other parts of the planet apart from Japan, sorry folks. So being able to taste this is almost akin to... being able to catch a glimpse of a falling star, heh.

You would be surprised to note that apart from beer and whisky, the industrious Kirin has diversified into soft drinks, real estate, logistics and even engineering among many other sectors - talk about a company with many hats, huh?

Also another fun fact, Kirin also owns San Miguel since 2009. Yes, it's that beer from Philippines

So this whisky is interesting to say the least. It has the usual vanillin-based nose with a hint of sherry. But the palate is a little peculiar to me because it felt like a combination of citrus which leads to a very dry sherry finish. It's unlike anything I've tried before. Unfortunately, this match isn't for me. Could be for you, though? It's probably worth to get one just to display a bottle on your bar for bragging rights or just to OWN IT. 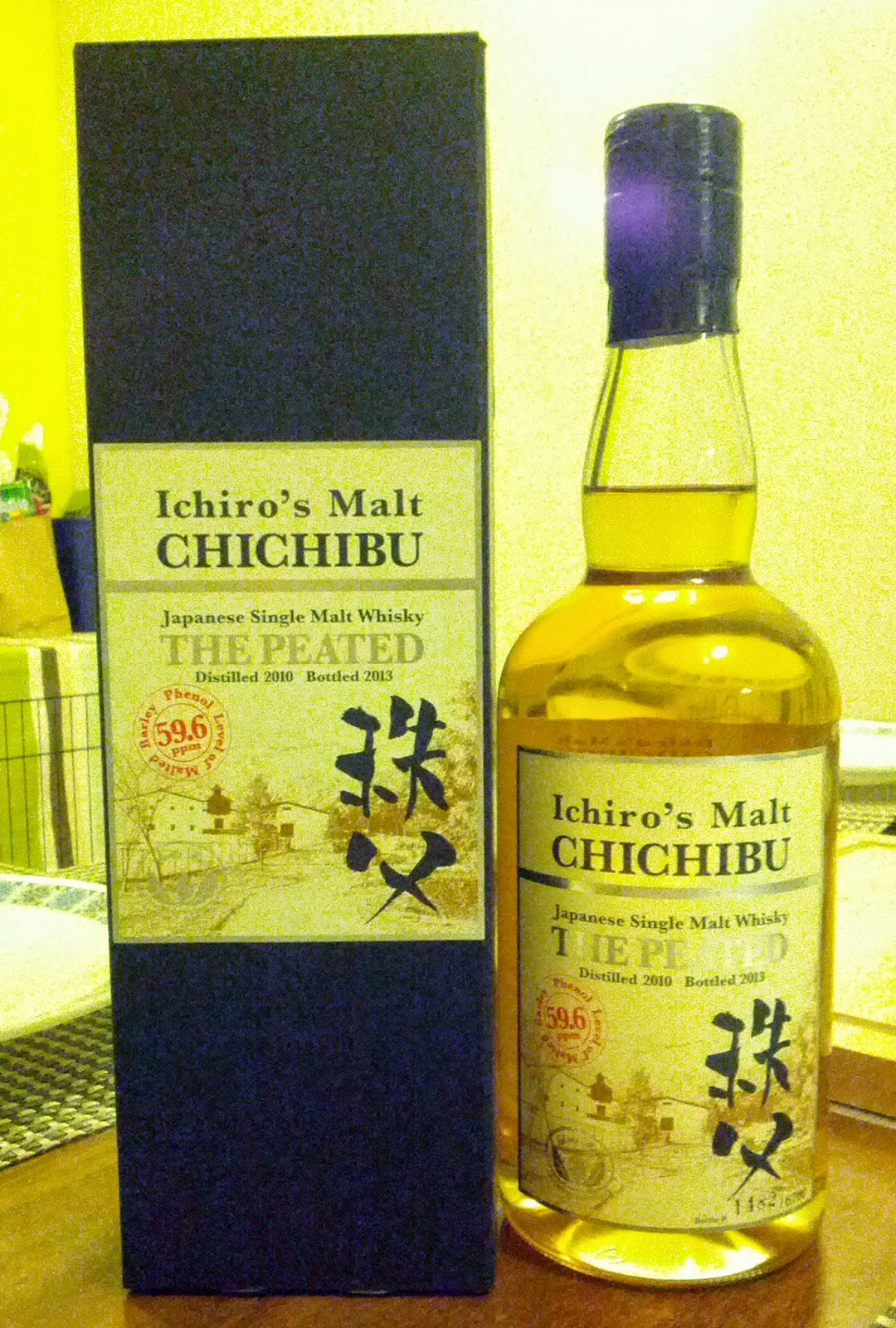 Don't hate me, again this is not readily available. Chichibu (say it ten times in a row!) is a relatively new distillery as it only began operations in 2008... further, this bottle is only 3 years old.

This second release of the distillery hold true to its name - it is peaty (the first release is aptly named The First) on the nose, and on the tongue. But it does not knock you out like peat monsters Lagavulin or Laphroaig. At quite a high ABV of 53.5% the alcohol fumes are quite strong on this one. But with some water - it becomes even sweeter on the tongue.

I like this, surprisingly. It's only 3 years old, but so pleasant and drinkable, it puts a lot of 12 year old whiskies to shame. If you ever get the chance, it would totally be a good bottle to own, as it's not as common as your Yamazaki, Hakushu, Hibiki or Nikka. But who knows, one day, it'll come to our shores? It's already entered to American and European territory anyway *crossing fingers*.

The distillery does not have its own website, but if you'd like to read a bit more about it, this website is a good start: whiskymag.jp/chichibu-distillery

In summary, BUY ALL THE JAPANESE BEER & WHISKY. Ktxhbai.