Weirdest thing happened to me some time back which I can't figure out. Maybe you can help me?

I was with a group of people, enjoying ourselves at a bar when we were all hankering for a bit more to drink before leaving. Suddenly one of the guys insisted that I chose the next drink - specifically a bottle of whisky. Now I don't know this guy very well, but he was part of the group and we had just met that day. Further, this bar isn't particularly known as a whisky bar, so you can imagine the whisky options were rather sparse.. and even if they had any single malts, they were entry level whiskys.

I couldn't make myself to choose anything that I was willing to drink and pay a ridiculous sum for, and asked someone else to do it instead. However, this guy was insistent that *I* chose a bottle. I insisted that I couldn't. This went back and forth for awhile until I literally forced someone else to choose. Later that night, the guy who insisted I chose a bottle suddenly showed me his phone to reveal my blog on his screen.

I'm not sure what that was about. Until today, it still boggles my mind. It was all very odd, I thought. How would you have managed that situation? 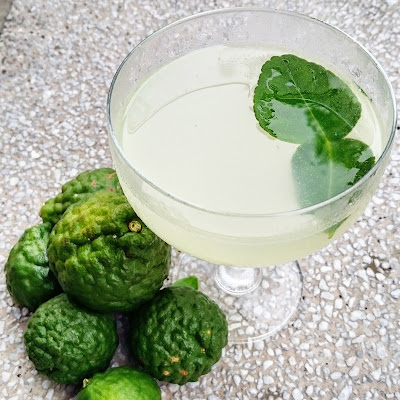 I had to "balik kampung" on a family errand and nicked some of these kaffir limes and leaves from the kampung house. I learnt 2 things from making (rather, spoiling) my daiquiri with the limes: 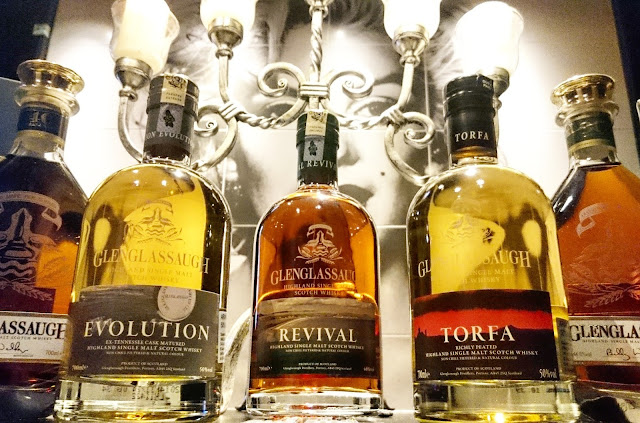 We fellow Malaysians have a bit to brag about now - Glenglassaugh has chosen Malaysia as one of the first Asian markets to launch its single malt whiskys!

The distillery was founded in 1875 but mothballed for years before it finally started production again in 2008. More about its history and the whisky in a separate feature post  but very quickly:
If you can't wait for my feature post, here's their official website for more: www.glenglassaugh.com 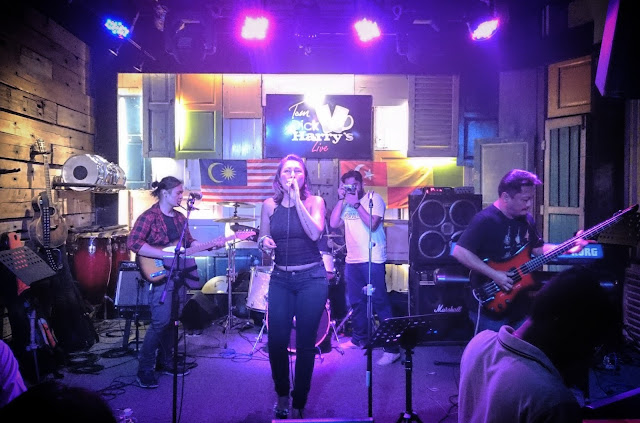 TDH is one of the very few bar chains that I know of which is doing very well. Owned by the same guys behind Crazy Crab, Ali Ah Hock & Muthu, Durian King, Royal Flush and Hoofed, the original branch in TTDI was so successful that they replicated the formula and took it to Scott Garden, Oasis @ Ara Damansara and Pavillion. Then they took it a step further with the last 2 branches by adding a huge stage to feature live bands.

My family loved their pork knuckle at the TTDI branch and their beer snacks (spam fries! fried chicken skin!) are very addictive. It's a Carlsberg branch so expect to see the usual suspects - Carslberg, Hoegaarden, Somersby, Blackthorn and Tennents (last one is a bit unusual).

These guys aren't just money making machines - they also actively contribute to the community around them. They've running groups, cycling groups, hosted various charity events.... I've personally never seen these places empty during happy hours until late - but it's not much of a surprise to see why, right?

I'm not sure why they don't have a proper website, but here's their FB page for more. 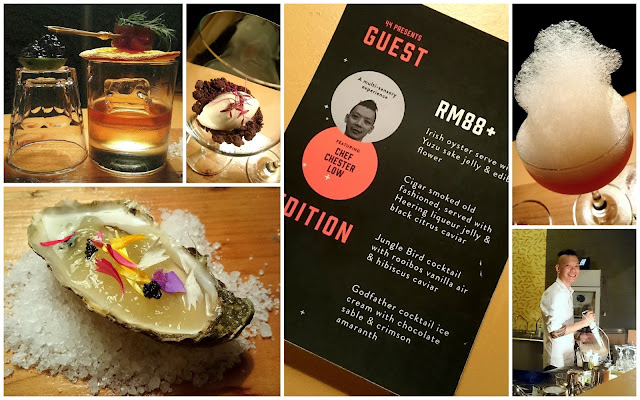 Chef Chester Low of Wonder Mama & Bait (Bangsar) was invited to concoct an experimental alcoholic food+drink menu with 44 Bar on 28-29 Aug & 18-19 September that looked like a work of art. With just RM88, the following 4 pieces of gastronomical treats on a polished, rustic, wooden were served:
It was delectable to say the least, and ridiculously value for money for something that took so much time and effort to prepare. It was a big portion for a single serving so I kept imploring people to order this only when they are with someone if they were lightweights... :p

This weekend's 25-26 September session is coming up. There should be another one this coming October with something different, which shouldn't be any less spectacular. If you're not gonna be there to check it out yourself, then be prepared for me to brag about it next week... just saying la. :p

With the launch of their new Paired campaign, Sheraton Imperial KL's Toastina has extended their cafe/bar menu to include 3 craft beers - Mountain Goat Hightail Ale & Two Step Apple Cider as well as Hitachino Nest's Red Rice Ale - to pair with their new yummy food menu that features 8 new dishes. My top 3 favourite combinations had to be:
For more: www.facebook.com/sheraton.imperial.kuala.lumpur

From 19 September they'll be featuring Oktoberfest beers - Paulaner and Hacker Pschorr and LOTS of PORKY GOODNESS in the form of big juicy German sausages and a MONSTROUS serving of pork knuckle with ALL the trimmings to feed 4-5 pax a sitting (RM230) to death! Also what's celebrating a Bavarian holiday if not with their many types of shandies (beer + soda mix) and pint-sized Schnapps, ja? 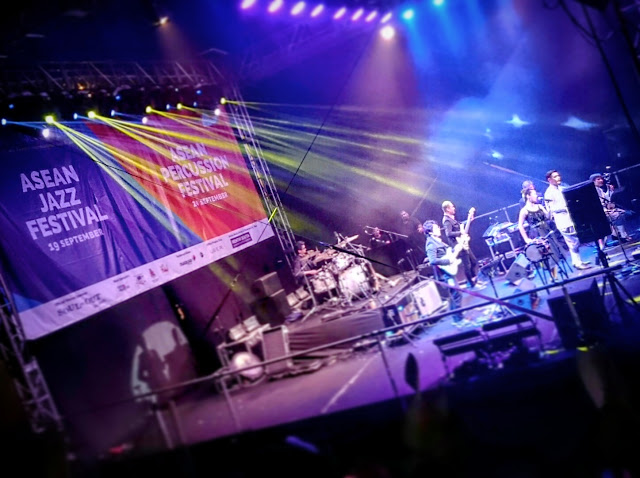 In conjunction with their 20th anniversary, Souled Out hosted the ASEAN Jazz & Percussion Festival last weekend. Giant setup, dazzling light displays, awesome, awesome, awesome live jazz music. When I finally made my way there on Saturday night I had the privilege of catching Koh Mr Saxman and The Sound of Siam from Thailand who mixed jazz with Thai influences - LOVE. Unfortunately, I missed The Steve McQueens and the Steve Nanda Group featuring Dasha Logan who played earlier. :( Did you catch it? Both days? How did you enjoy it?

The festival kick starts an entire month's KL international music festival so if you have any ounce of love for jazz, you might want to check out www.diversecitymusic.my for the other activities lined up at Alexis and No Black Tie. On the website, you'll learn that their budget was slashed - WHY THE TRAVESTY DBKL &  TOURISM MALAYSIA? WHY?!?!?!?!?!

More of such awesome activities in the future perhaps, Souled Out? Please?