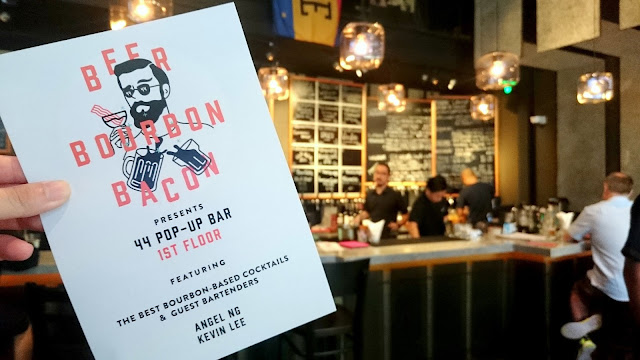 10 August 2015 was the Beer Bourbon Bacon event jointly brought to us by 44 Bar and Taps Beer Bar, held at Tap's Mont Kiara branch.

First up - HOW FREAKING COOL IS IT THAT TWO AWESOME BARS GOT TOGETHER TO HOST AN EVENT?

Sorry about the caps, but this kind of collaboration hardly ever happens in this market, if ever. If you can name me 3 - you win liao loh! But as far as I can remember, ZILCH.  But I digress, as usual.

Anyway, using extensive research methods (Googling), I deduced that this event is inspired by annual festivals of the same name held all over America. Imagine a giant pesta with loads of craft beers, bourbons and all kinds of food with pork.

If you were thinking - Ya right, no way an event where you need to pay RM88 would draw any crowd, it's sooooo expensive. Well, I hate to say this but you're wrong from the sheer fact that Taps Mont Kiara was maximum packed (which is unusual for a Sunday afternoon) with locals and mat sallehs alike. Even the floor upstairs was opened and the seats were filled up!

So what went down that day? Read on! 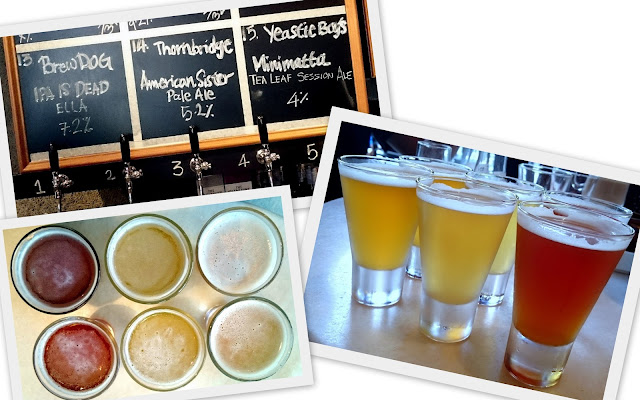 This flight of 3 x craft beers by Taps, featured:

Yeastie Boys Minimatta |(4% ABV) - a pale ale infused with earl grey tea, it's a spicy/herbally tasting craftbeer from New Zealand that had some tea bitterness going on there which wasn't repulsive. Interesting combination of flavours!

Thornbridge American Sister (5.2% ABV) - This pale ale hailing from England, is fruity, light, with a bit of a bitter end. Tastes nice! I liked this the most.

Brewdog IPA is Dead Ella (7.2% ABV) - Brewdog's from Scotland and has quite a following for being the bad boys of the crafbeer industry. I personally stay away from IPAs  generally as the bitterness is too much for me to handle. However, this one wasn't too bad at all (maybe my palate was already seasoned by the other 2 before this). The thing with IPA is that it usually smells deceptively good and the upfront is usually sweet, followed almost immediately by this bitterness that stays on forever. 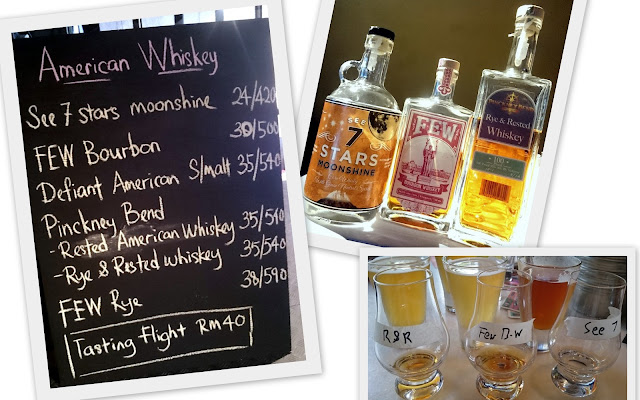 The flight of 3 x American craft whiskies were from 44 Bar. The packaged flight was made of:

Batch 26 See 7 Stars Moonshine - Moonshine is American's version of our local todi, except it's made mostly with corn. Also - the scent kinda reminds me of Chinese baijiu. While moonshine originally means that the liquour is produced illegally, this term is also liberally used as a marketing gimmick for spirits which tries to replicate what moonshine is, legally. So they are typically, harsher, stronger and therefore, packs a punch in your face. This is actually a bourbon whisky which is not aged (ie, a new make) - which is why it's still clear. At 50%, while the strongest of the 3, is the most flavourful to me.

Few Bourbon (46.5%ABV) - a mix of rye, malt and corn, this bourbon has a herbally scent accompanied with sweetness of the corn, unlike any other bourbon I've had before. It's light but rough. I would prefer it more in a cocktail than just drinking it on its own, though. Both of the guest bartenders did use it for their cocktails which I will get to in a bit.

Pinckney Bend Rye & Rested Whiskey - Pinckney Bend is a Misssouri craft distiller that makes this limited release expression. Only 100 cases are available worldwide until the next batch is available. Made with 55% rye and blended with their own American rested whiskey (made with corn, barley, and rye) which is then rested in new oak barrels. On the nose it was sweet - like most rye and corn whiskey are, then it's spicy and rough in the mouth.

There were other whiskies available for sampling too for a price.

Now the advertisements do say Bourbon, which traditionally means American Whiskey made with at least 51% corn.... But that's creative licensing because I don't think Beer - American Whiskey - Bacon would have a nice ring to it, right? 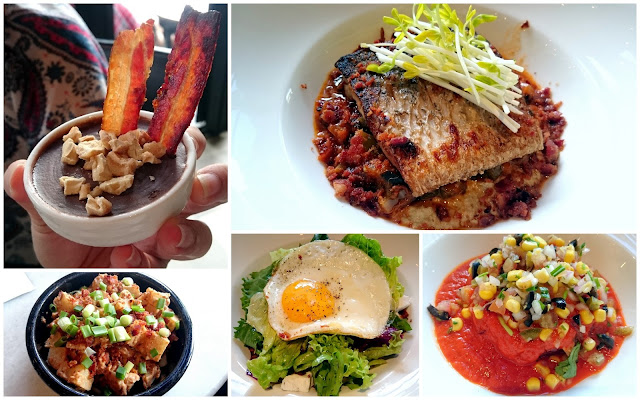 Also not forgetting the BACON inspired brunch to grease up your stomach linings!

The mains of the day (from Taps' kitchen) all had some form of pork in it - from salads to a lasagna-like dish, save for one fish dish which Taps had kindly prepared for those that rather not have pork (BUT WHY?). There were bacon inspired sides & desserts too if one was so inclined to top up their fill.  Burp. 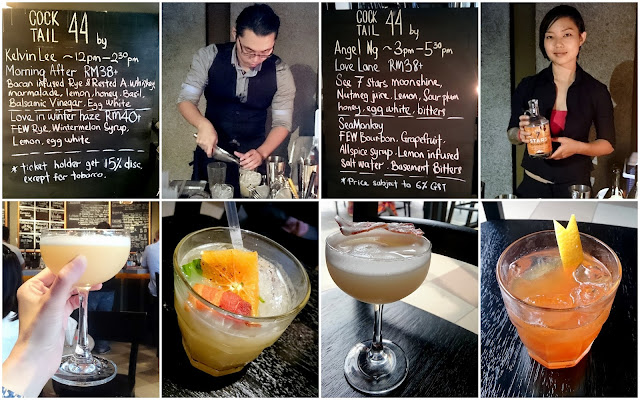 Last but not least, the guest bartenders who put the craft whiskies to good use!


I was there with a whole bunch of fellas. With booze, food, entertaining music and great company, how not to have a good time. :)

Am personally looking to like-minded, progressive, bars coming up with exciting events like this in the future. BRING IT ON PEOPLE! MALAYSIA IS READY!