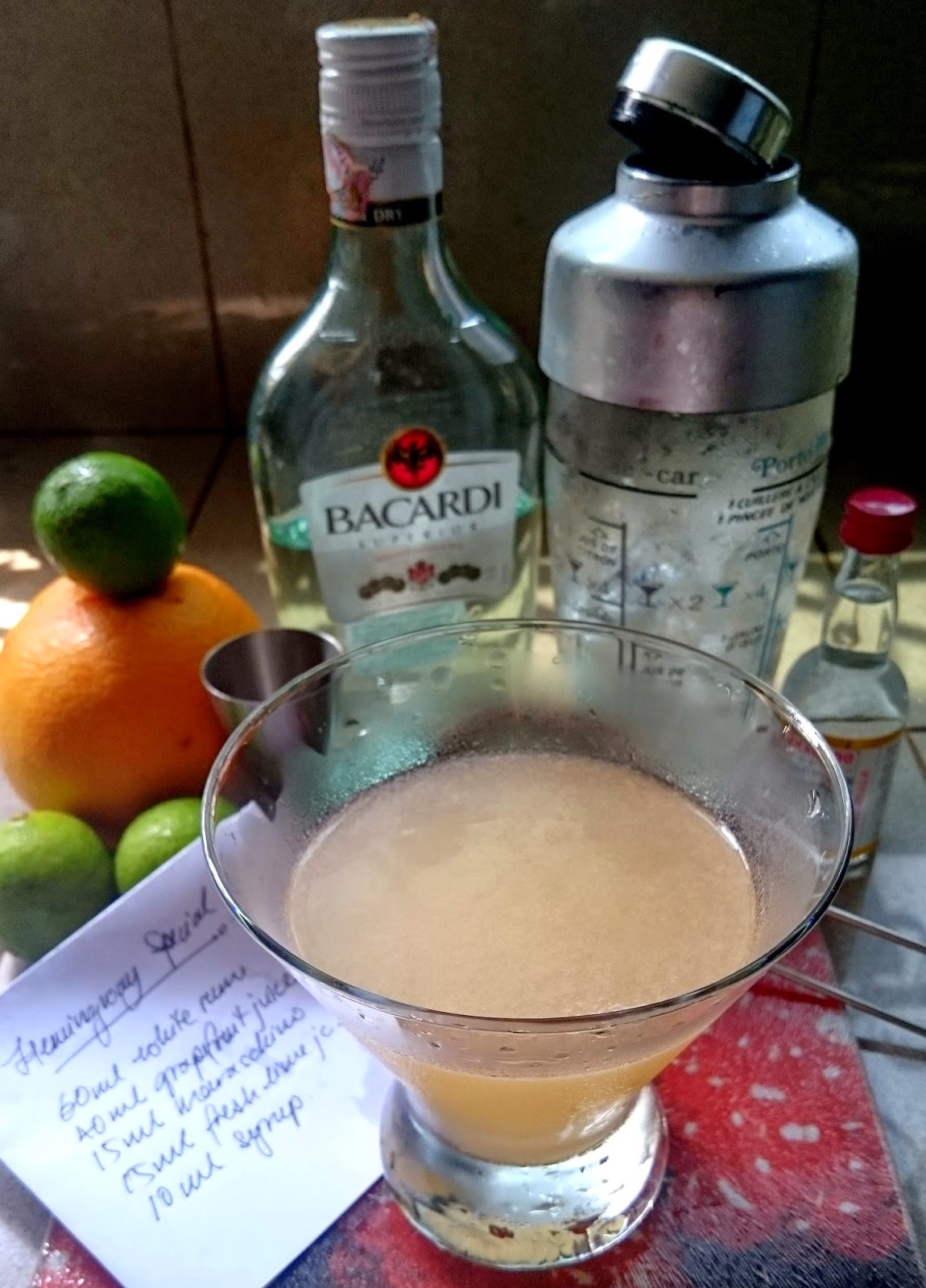 Fun fact:
Hemingway was a known alcoholic and diabetic. Apparently he could consume glasses upon glasses (6-12, legend has it) of this original recipe of this daiquiri in a sitting.

Strong, but you won't really be able to tell because the strength of this drink is masked by the sourness of lime and grapefruit juice... which makes the drink really quite delicious. We're talking about a minimum 2 shots of rum in a glass here. It will hit you when you least expect it, so be careful! I like it :D

Pour all ingredients into a shaker with ice. Shake.
Strain into a double cocktail glass.

Shake it all up. Pour it out into a double-serving glass.
Serve it on the rocks.
Enjoy SLOWLY.
Do not have more than one glass. :)