We recently saw the official launch of The Scotch Malt Whisky Society (SMWS) in Malaysia for Christmas. Heads up - this is actually an open secret society.. but it's nothing sinister like a triad or a cult, of course. :)

However, one might just mistake it for a cult when members get together, imbibing on spiritual liquids and then with their eyes closed, enter into trance-like state while spewing random words like - heady phenols. robust palate. second fill. virgin cask. pencil shavings.  complex yet mellow. oily coating. short finish. etc etc etc. Well, do not be intimidated by that. Those are just hardcore whisky geeks at work.

But I digress. The point of this post is to share with you the 5 things you need to know about SMWS, because here in angeltini.com, we're all about the sharing!

1. What's with the brand name?
Founded in 1983, the SMWS is exactly what it is, a subscriber-based club, created by whisky lovers, for whisky lovers.

2. So they make their own whisky?
No, they are independent bottlers. This means that they buy the whole cask from various distilleries across the globe, further kept to mature then and bottle it themselves at cask strength, before selling them directly to its members.

The bottling is approved only through consultation of independent panel of whisky geeks, so there is a fair amount of QC involved. 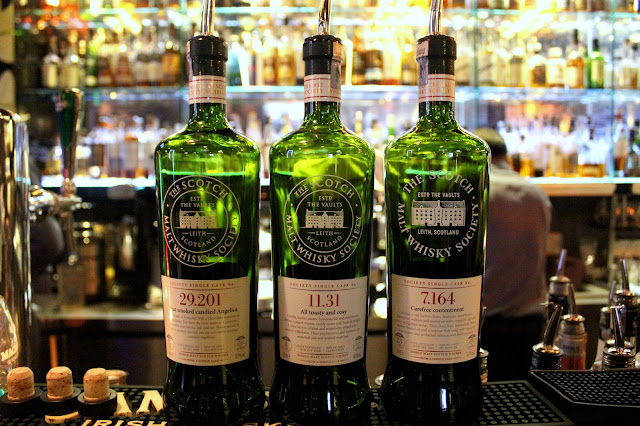 3. What's with the numbers on the labels? How would I know what I'm drinking?
The numbers on the label are their (open) secret codes. The first numbers before the decimal is the code of a certain distillery. For example 1, is Glenfarclas. The numbers after the decimal is the number of cask acquired from distillery. Thus 2.8 is the eighth cask bought from Glenlivet, which is also my birthdate, ahem!

But don't sweat it. Here are the cheat codes to decipher them. You're welcome!

4. What’s with the weird names on the bottle?
The names are based on the key characteristics of the whisky. The Tasting Panel that decides on which cask is good enough to be the chosen bottled one also provides a whimsical set of tasting notes which provide an indication of what flavours and textures the drinker can expect. So expect names such as 'Kissed up by sweet promises' or 'Intense menu of seduction' or even "Wasabi on a california roll".

The reason they don’t put the name on the bottles is that the SMWS would prefer you to focus only on the flavour of the whisky rather than the age or region it is from. 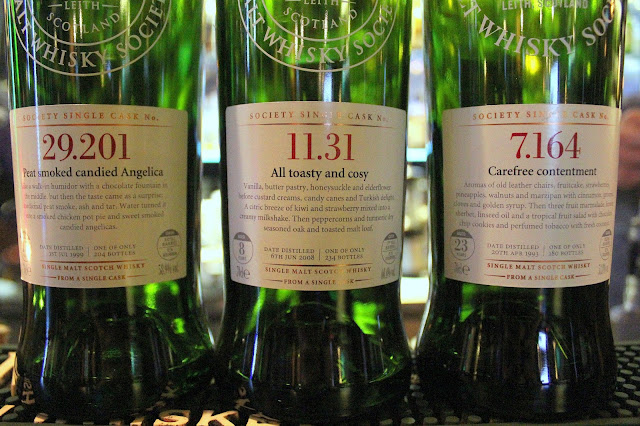 5. Can I buy a bottle?
Ah, good question. As the whisky bottle suggests, these are produced by a society and only membership has its privileges. In Malaysia, the spirit geeks at Wholly Spirits Sdn Bhd are the official distributor of these bottlings. You may visit this site to obtain more information on SMWS Malaysia and its membership.

So next time you get your hands on own of these babies, feel free to give me a jio!