The Grandfather Story:
Fun fact: Cachaca is about 400 years old. While it is the most popular drink in Brazil (it was apparently invented by the Portugese), it is regarded as a poor man's drink. It's meant to be sipped slowly in small glass or downed as a shot. Brazilians who drink it straight would first purposely spill a few drops for the Saints before drinking it.

Cachaca is also (erroneously) known as Brazillian rum (there is a story behind this, feel free to Google it up).

Strength & Taste:
Easy drinking, cold and refreshing. Good for hot weathers! It's a sweeter version of a daiquiri, and the sugarcane flavour is more prominent because of the Cachaca. If you are a fan of the mojito or an original daiquiri, you may like this. I say may, because I don't quite - there is a reason for this, if you don't mind reading on. 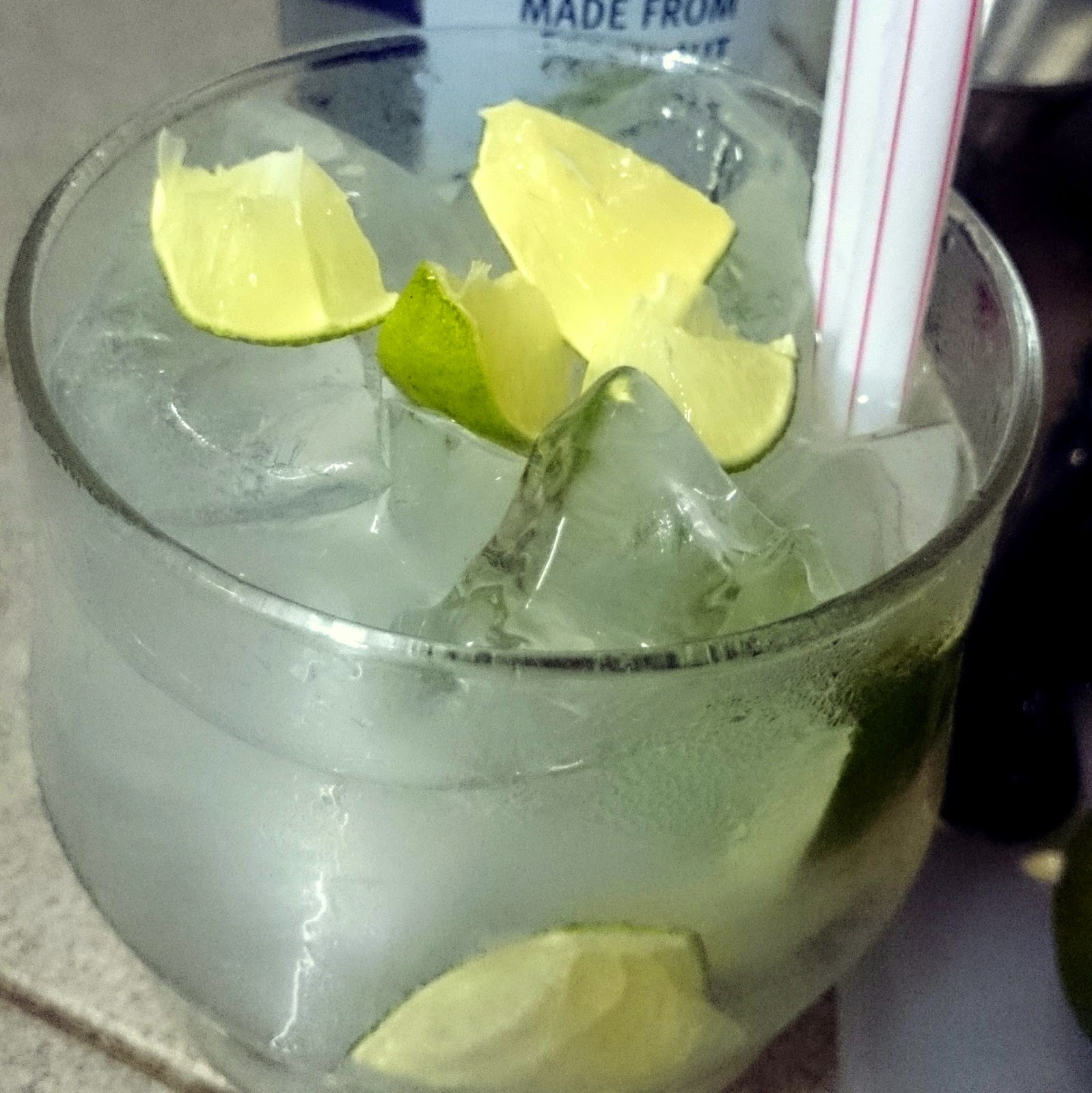 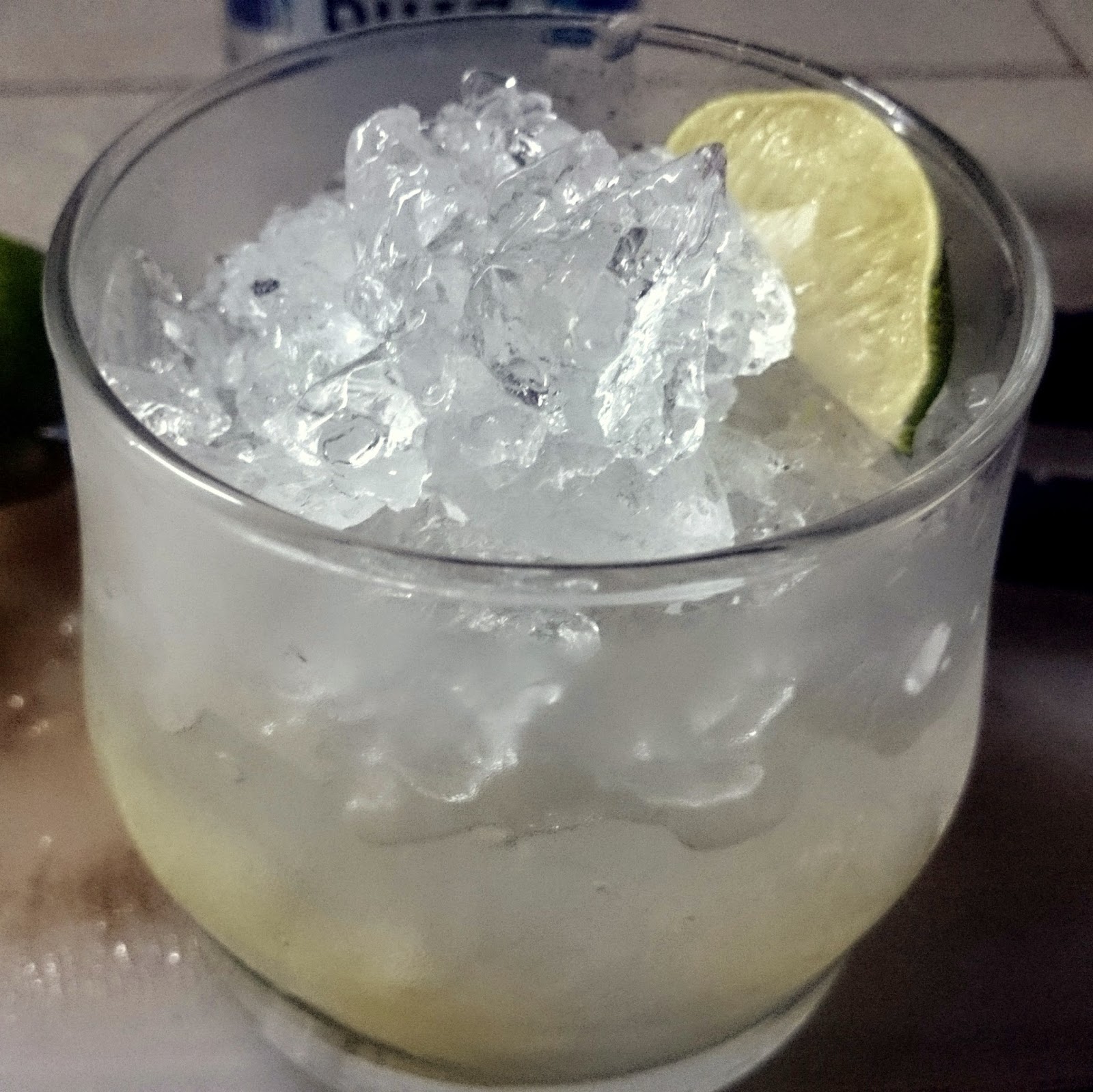 Pour sugar syrup & lime into in double rock glass. Muddle limes. Add Cachaca + ice.
Stir until you feel happy with the strength of your drink.
Garnish it with a couple of lime wedges for added prettiness and squeeze them a little for a limey scent. Serve with straw.