October is here. Which also puts us to the month that is beery important ....... in Germany.

Over here in sunny Malaysia, Heineken has launched their very own answer to the globally popular Oktoberfest - the Great Brew Fest.

This is probably a great opportunity to finally do a side-by-side tasting of the wide range of brands under their belt and to take on the journey of how each brew was made (differently!) and how it should rightfully be served to preserve its different flavour qualities.

While beer is essentially made with just 4 ingredients (grains, water, hops, yeast) but each beer is different because they can be made with so many types of grains, hops, even yeast strains. Even the production for each beer can be different. While cider takes only 3 to make (apple juice, water, yeast)  their ciders also tastes different from one another.

Well, if you get to encounter Heineken's The Great Brew Fest pop up bar featuring taps of ALL its beers, you'll be able to find out more.

Throughout this Fest, you'll also be able to taste their "festival brew" - the Tiger Amber Lager which is available on tap and only until 10 Nov. A likely crowd-pleaser at 5% abv, this has the familiarity of the Tiger beer, with a hoppy note (that reminds me of Guinness), a malty sweetness (like the Kilkenny) and even a hint of citrus. 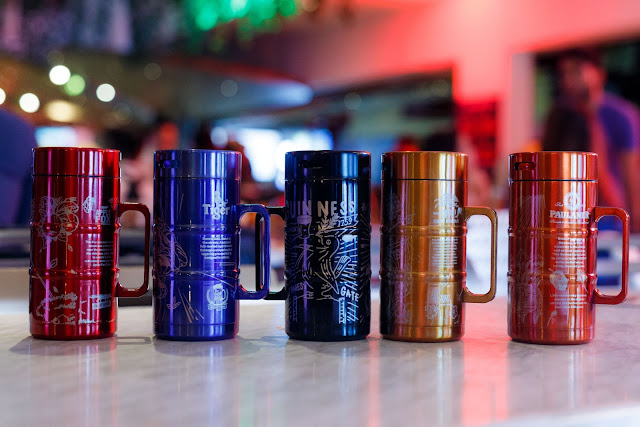 Check out https://www.facebook.com/thegreatbrewfest and https://www.instagram.com/GreatBrewFest_MY/ for more info and their locations.