Guinness took over the ENTIRE Changkat street to celebrate St Pat's day. It's freaking insane, the amount of work that went into this. 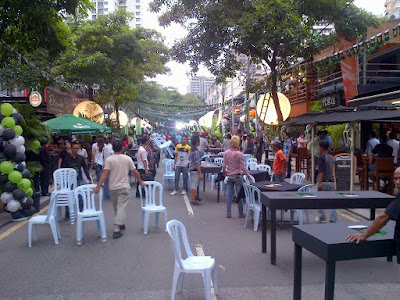 Suanie, KY and myself were there a little too early. Which was a good idea because once the sun set, every road leading towards to Changkat was filled with cars. 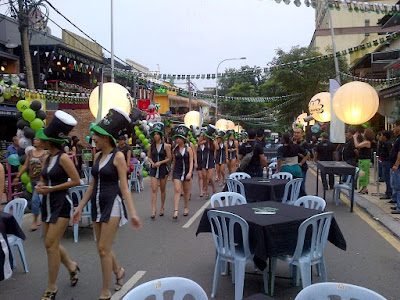 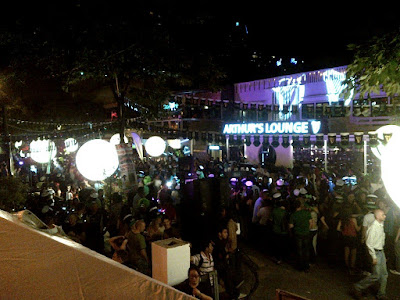 The place formerly known as Frangipani was converted in "Arthur's Lounge". There, you'll get to learn the "two part pour". ie, the correct way of tapping tapping Guinness. And you'll also get your own personalised Guinness glass. Gimmicky, but fun. :) 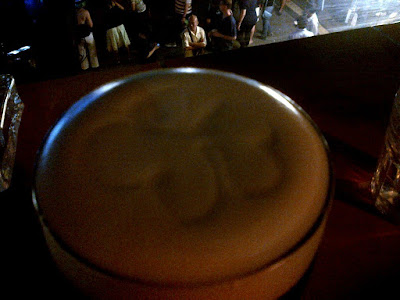 We were parked at the media building, where the Guinness never stopped coming. Can you see a shamrock on the foam? Don't you reckon it's a really nice St Pat's touch? I did. Was hoping that the Guinness would be dyed green though. Slightly disappointed to report that there was none in sight that night. But there sure wasn't any lack of people in all sorts of green. 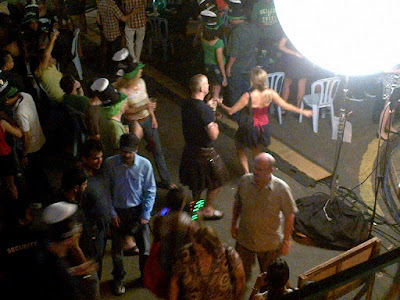 Had to take a picture of this group of angmohs. Couldn't help being entertained by guy who looked like Bruce Willis in a skirt. It's not Scotland. It's Malaysia. And it's an Irish festival. So it ain't a kilt dude. It's a skirt. :) 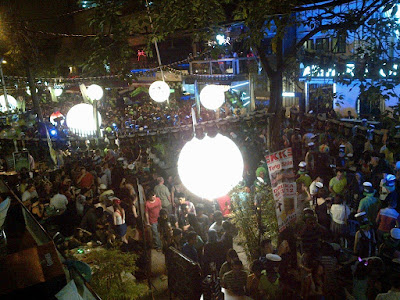 When the sun set, the crowd came in full swing. Locals and foreigners, with group of friends, family... some people even brought their kids. And everywhere you look, you could see a shade of green. Sungguh meriah sekali!